Special monthly milsim ops at the Black Forest Project field location in Social Circle, GA.  Huge wooded area with roads, airport, cities, outposts, and forts. All monthly events will be TBA on this page and on Instagram.

Some of our past events: 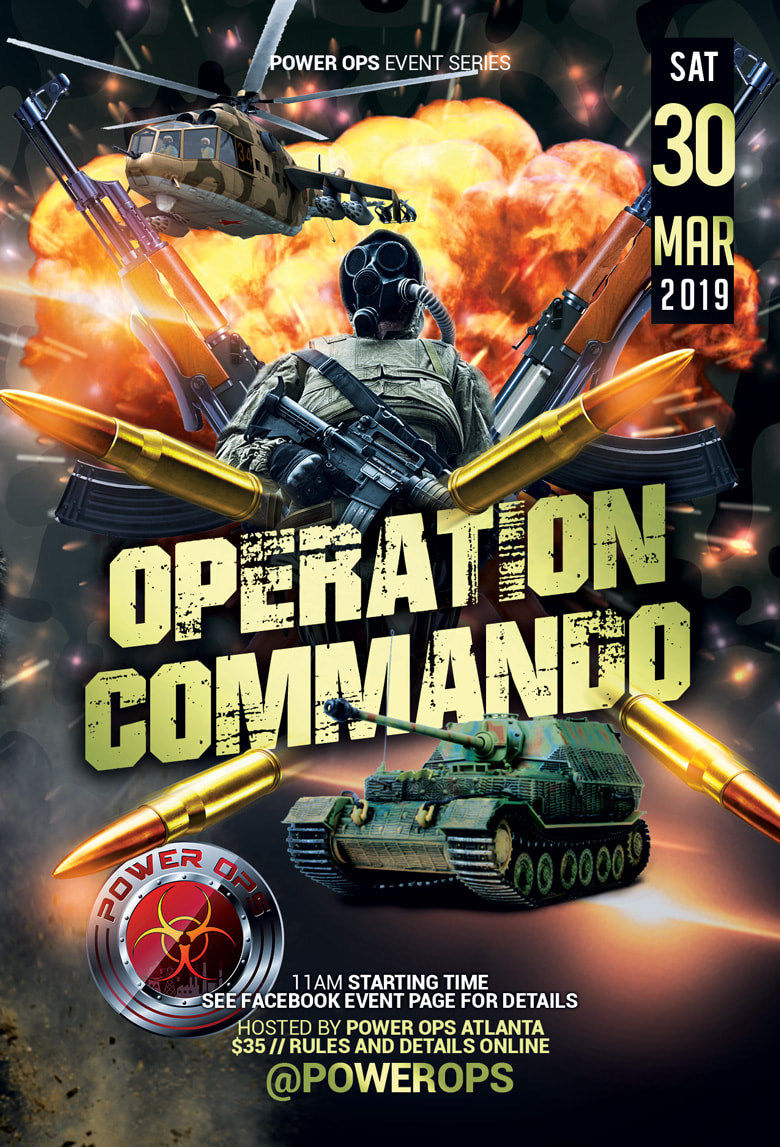 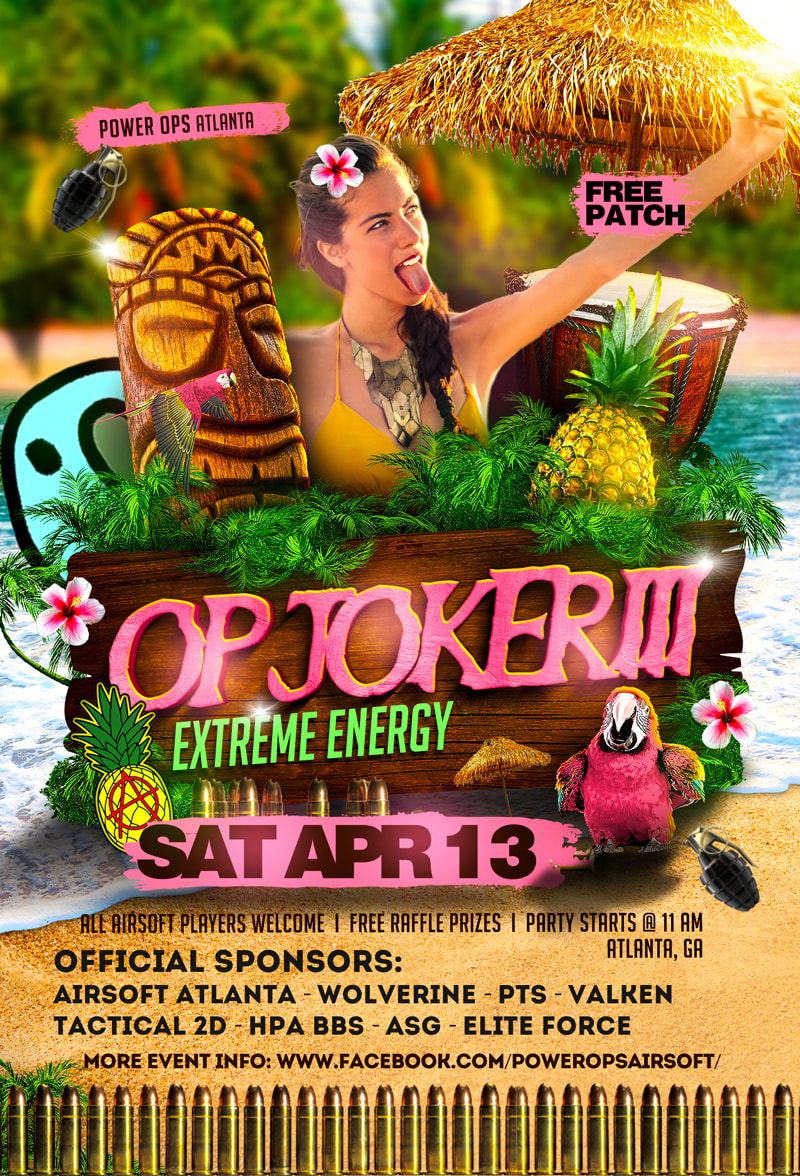 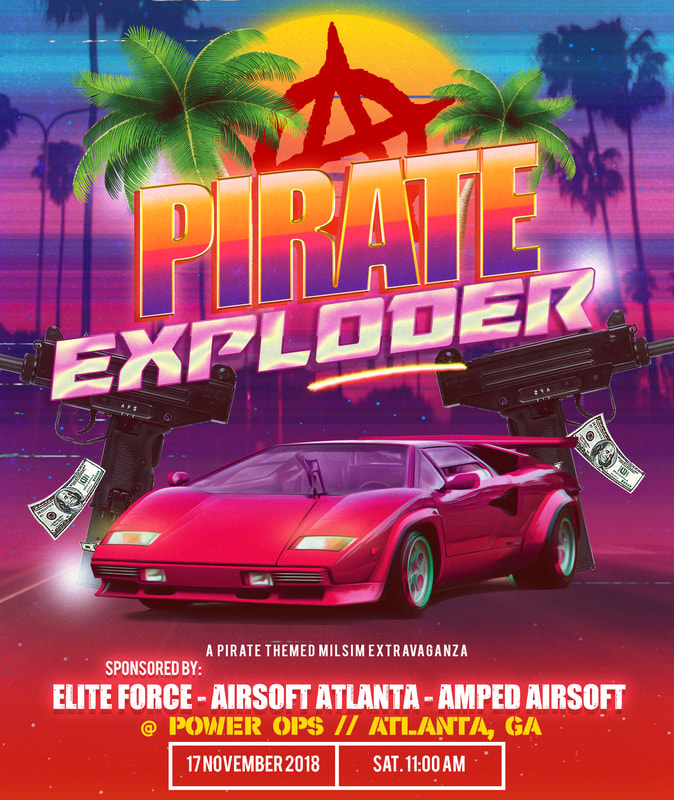 ​
$25 entry -  includes 200 rounds of laser tag ammo and unlimited zombie game roles + BONUS haunted trail tour (10-15 minutes long).  Players should expect to play for 1-2 hours per entry both zombies and with the guns. Extra ammo purchases are available for $10 (200 rounds) for extended gameplay. Purchase tickets online in advance or at the door.

What is it?  Zombie Annihilation is a full zombie immersion experience with laser tag element for competitive gameplay and interactions amongst its players. Around 30 players compete in different scenarios and missions around zombie survival.  Games are around 10-15 minutes each, with each player getting 1-2 hours of games in on average.  All players will also go on a guided haunted trail with creepy scary things on it before, after, or during the laser tag games.  All of this is included in the entry fee.

How does this work exactly?  Our hours are 7-11pm for ZOMBIE ANNIHILATION nights.  Zombies will be given interactive headbands to wear, along with zombie attire and zombie makeup, and the gun wielding players will be given laser tag guns with 200 rounds of ammo.  After the players run out of ammo, they will switch to a zombie role and chase the new players with guns starting on the next mission!  Zombies and players will take turns playing both roles during the course of an evening of ZOMBIE ANNIHILATION.  Be prepared to shoot zombies and participate as a zombie.  Remember, the zombies are also playing the game trying to eliminate players.

But I want to shoot more zombies?  No problem, after you run out of ammo, you can repurchase more ammo for $10 extra (200 rounds).  But if you want to play a zombie, there's no extra cost for that. Zombies that haven't played yet will also be participating in the shooting too.  With enough players, we will be allowing everyone to play both roles.  We may even add more bad guys with guns to shoot both players and zombies as a third team!  We will be mixing up the missions as the players show up.

Rules:  Safety is #1!  No touching allowed!  This is a contactless game that utilizes advanced laser tag equipment.  Please wear proper clothing.  Zombie clothing will be issued as needed to zombie players.  If you have your own zombie costume, please bring it!  It will add to the experience.  Same for players with the guns, feel free to dress up.  Proper footwear is required.  Closed toe, boots, athletic footwear is highly recommended.  No alcohol, weapons, or bad attitudes allowed.  All players will be required to sign a waiver.  Kids under 18 will need a parent or guardian to sign their waiver (and be present during the games).  Have a question or safety concern?  Our staff and refs will be standing by for your support.

FAQ:
Is this good for groups?  YES, it's great for groups, parties, friends, co-workers, kids, etc!  We can accommodate up to 32 people in a large group.  Please contact us about reservations for groups over 10 players.
Are the games indoors?  YES, all games are in our fully covered areas and protected from rain.  But do dress warmly.
Can I drop my kids off?  No, at lease parent must be present or participating in the games.  We are not a daycare.  Our facility has plenty of chairs and tables to lounge around at.  There's no age limit, but we recommend 10+ years of age.
Can I bring food/drinks?  YES, you can bring anything you want, we don't care.  Pizza, cake, softdrinks, etc.  We will have basic concessions available for purchase as well.  No alcoholic beverages or other nonsense allowed on our property though.
What time do I arrive?  Games start at 7pm, but you're more than welcome to arrive after 7pm.  The earlier you arrive, the more games you get in!
What is involved in being a zombie?  Our zombie experts will walk you through the steps of a crash course in zombie "school" in a few minutes.  We will also dress you up and put some simple zombie makeup on you (this is all optional).  Feel free to dress up and use your own makeup too.  You will then be playing against the players with guns, keeping score of kills, etc.  It'll be a lot of fun!  All paid entry players get to play unlimited zombie times (time and players permitting) AND get their chance to shoot 200 rounds of ammo at zombies when they change roles for the next mission.  You get to play both each evening.
Walking Dead style "slow" zombies or 28 Days Later "fast" zombies?  Depends on the group and players participating.  We'll have refs and staff close by guiding the games so everyone has a fun time and players are not overrun or overshooting slow zombies.
How long is a typical game night?  It depends on the amount of players we get.  If we have a lot of participants, you will get up to 30-60 minutes of shooting guns + 1-2 hours or zombie game time.  If it's really slow, you will get to play up to all four hours!  We will also give out free ammo if it's really slow to players.
What should I wear/bring?  Comfortable shoes, baseball hat or other hat (for headbands, recommended), drinks, and a fun attitude!  Your own zombie and military style costumes are also encouraged.
I have a question about all this?  Contact us on our contact page (the airsoft email airsoft@poweropsairsoft.com address) and we'll do our best to address any question or concern.  If you placed an order online for tickets, use this email for online purchases too.